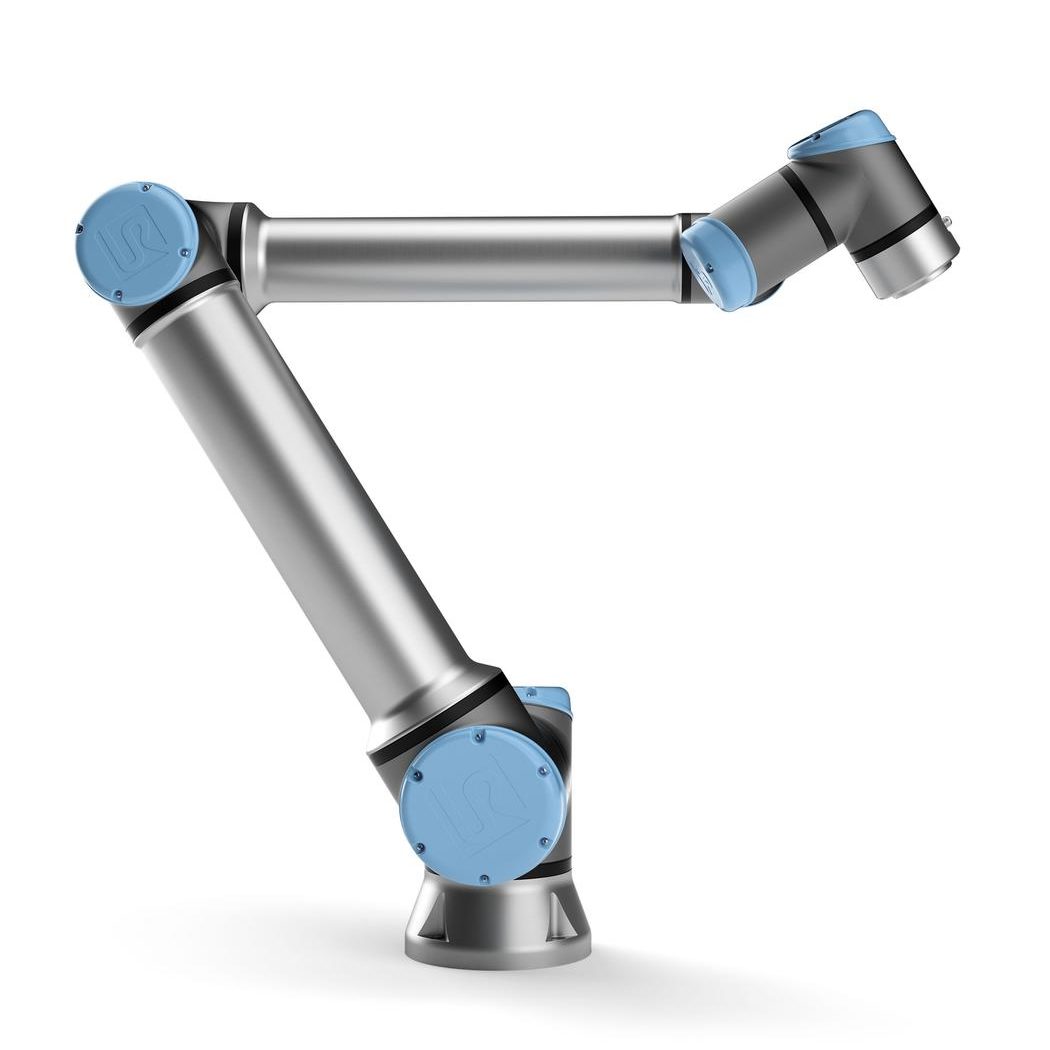 Universal Robots e-Series, exemplify all that we believe in – productivity, adaptability and reliability. Equipped with intuitive programming and versatile use, the e-Series is able to complement production regardless of your industry, company size or product nature.

Built with the future in mind, the e-Series is designed to grow in capability alongside your business through the Universal Robots+ platform, taking on new tasks and finding new uses, so you will always be able to stay ahead of your competitors.
The e-Series takes robotic automation beyond what you can do today.
Get ready to trailblaze into the future.

Forget programming school. With Universal Robots Academy, anyone can become a robot programmer. Save on the costs of a professional programmer with Universal Robots. Intuitive 3D-interface allows anyone within the production facility to become a
robot programmer even without prior experience. A user friendly and intuitive teach pendant allow operators to program a cobot by moving its arms to the desired waypoints, or simply using drag-and-drop functions on a touchscreen tablet. Even the most complex tasks can be taught to our cobot with Universal Robots’ Integrated Force Torque Sensor. Highly sensitive to even the slightest movements, the sensor enables cobots to be programmed with precision for tasks where accuracy is of paramount importance.

Unmatched returns for small and large businesses alike Universal Robots brings all the advantages of advanced robotic automation and collaborative robots to our customers without any of the traditional added costs associated with robot programming, set-up and safety guarding.
Universal Robots makes robotic automation possible for companies regardless of size. For small and medium enterprises, small batch production runs and other set-ups, Universal Robots has proven as a cost-effective option whereby traditional solutions may be too expensive. With an average payback period of 12 months, the total initial ownership cost of Universal Robots is very low compared to traditional robots. The cost savings comes from various factors that are inherent in the robot design, such as easy programming, simplified integration and minimal aftersales maintenance.

Fill the details and a representitive will get back to you.